In small networks, there not too much routers, there are not too much updates, the LSDB is small so the Djisktra calculation is quick and it doesn’t consume much resources. However in huge networks we can face precise opposite situation:

We recognize different types of OSPF routers in areas:

Important note! Router can be more than one router type as you see in picture below – backbone router is also ABR. 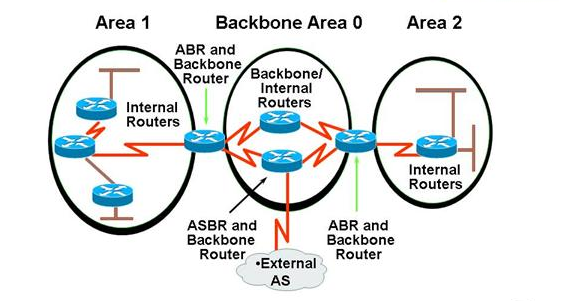