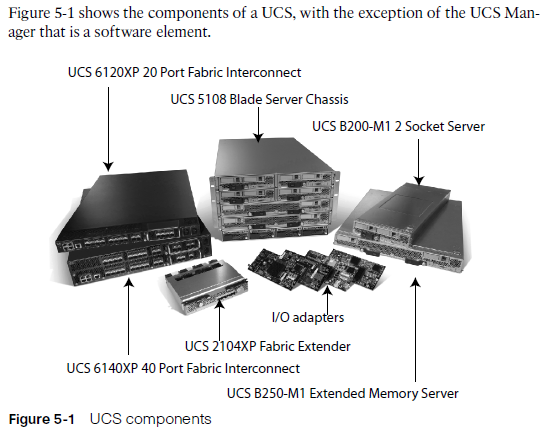 The Cisco® UCS Manager (UCSM) software integrates the components of a Cisco® Unified Computing System into a single, seamless entity. It manages all the server blades and rack-mounted servers of a UCS as a single logical domain using an intuitive GUI with both CLI and XML API options, enabling near real time configuration and reconfiguration of resources.

The Fabric Interconnects provide a unified network fabric that connects every server resource in the system via wire once 10GE/FCoE downlinks, flexible 10GE uplinks, and 2/4/8 GFC uplink modules. Out of band management, switch redundancy, and console-based diagnostics are enabled through dedicated management, clustering, and RS-232 ports. A single UCS 6100 Series Fabric Interconnect unites up to 320 servers within a single system domain for large scalability.

Fabric Interconnects provide uniform access to both networks and storage, eliminating the barriers to deploying a fully virtualized environment based on a flexible, programmable pool of resources.

Fabric Extender extends the I/O fabric into the blade server enclosure providing one to four 10GE connections between the blade enclosure and the Fabric Interconnect, simplifying diagnostics, cabling, and management.

The Fabric Extender multiplexes and forwards all traffic using a cut-through architecture to the Fabric Interconnect where the Fabric Interconnect manages network profiles efficiently and effectively. Each Fabric Extender (U2104XP) has eight 10GBASE-KR connections to the blade enclosure mid-plane, one connection per each half slot. This gives each half-slot blade server access to two 10GE unifiedfabric links offering maximum throughput and redundancy. The Cisco® UCS U2104XP Fabric Extender features an integrated Chassis Management Controller (CMC) for the blade enclosure physical components, including power supplies, fans, and temperature sensors. The fabric extender also connects to each blade’s management port for management, monitoring, and firmware updates.

The Cisco® UCS U5108 Blade Server Enclosure physically houses blade servers and up to two fabric extenders. The enclosure is 6RU high, allowing for up to 7 enclosures and 56 servers per rack. Compared to complex traditional blade enclosures, the U5108 Blade Server Enclosure is dramatically simpler in its design. It supports up to eight half slot or four full slot blade servers with four power supplies, and eight cooling fans. Both power supplies and fans are redundant and hot swappable. 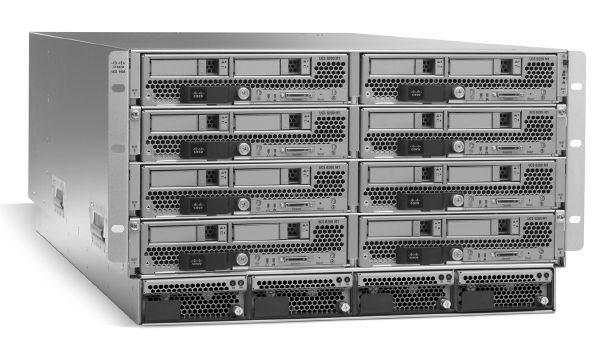 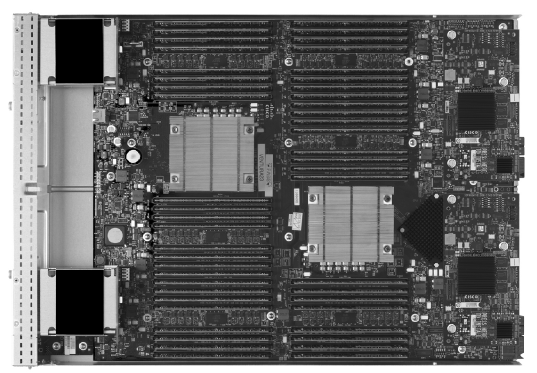 The Cisco® UCS B440 four-socket blade server is a full-slot, blade server featuring four Nehalem-EX (Xeon 7500) processors. and up to 32 DDR3 DIMMs (256 GB if 8 GB DIMMs are used), four optional small form factor SAS/SATA disk drives, and two dual-port converged network adapter mezzanine slots for up to 40 Gbps of I/O throughput. The UCS B440 increases the numbers of core with respect to the UCS B250 thus further improving performance and capacity for demanding CPU and memory intensive workloads. A UCS 5108 chassis with four UCS B440 has up to 128 cores, 2 TB of RAM (16 GB DIMMs), 16 disks, and 80 Gbps of I/O. 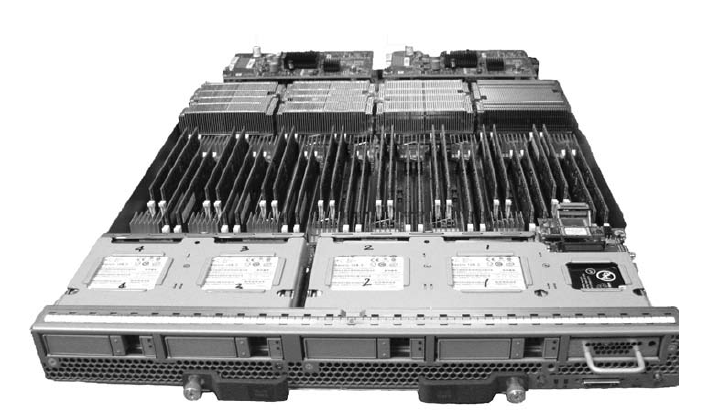 The Cisco® UCS C-Series Rack Servers are part of the UCS family and can be either used as stand-alone servers, or interconnected in a UCS. More detailed explanation in further articles. 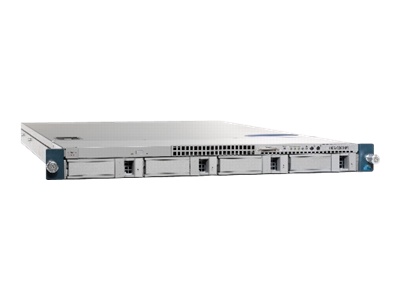 There is one or typically two fabric interconnects that have uplinks to the LAN, SANs (two separate SANs are supported), and to the management network. The 10GE downlinks connect to the blade server chassis: any number of chassis from 1 to 40 is supported. Each blade server chassis contains one or typically two fabric extenders; the fabric extenders connect to the I/O adapters and to the management processors on each server blade. 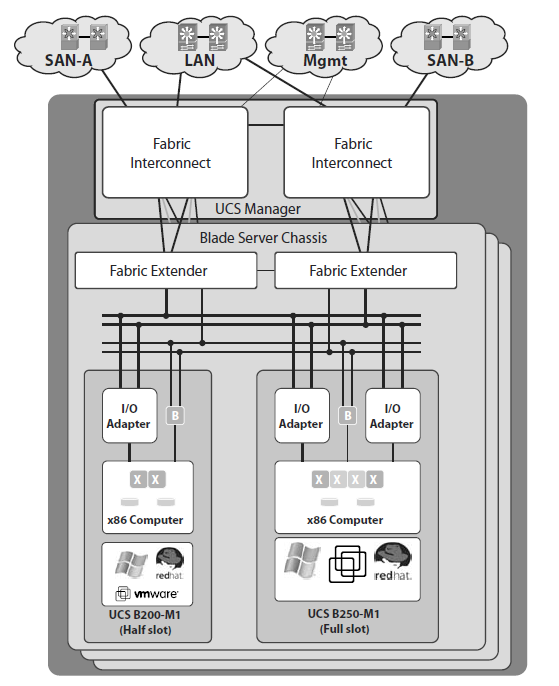