General overview of checkpoint rules are:

In the picture you can see how the rules looks like in checkpoint. The adding rules is not any rocket science. You just click and add, you can drag and drop the objects or add them via the plus button in every row. There is also column named install ON. Here you can choose to which FW you would like to install the policy otherwise it is intalled on all the FW and I think you dont want that. Dont forget to save the rules and then push them to FW.

If you want to see the implied policies you should go to File – Policy – Global Properties or just click on edit the global properties button from the top icon bar. Check the picture below. The control connections are needed for mgmt server to manage the fw. The accept outgoint packets originating from Gateway is for FW to be able to ping someone or create a connection to some resources outbound. Check the placement before last 😉 The recommended is to check the log the implied rules. 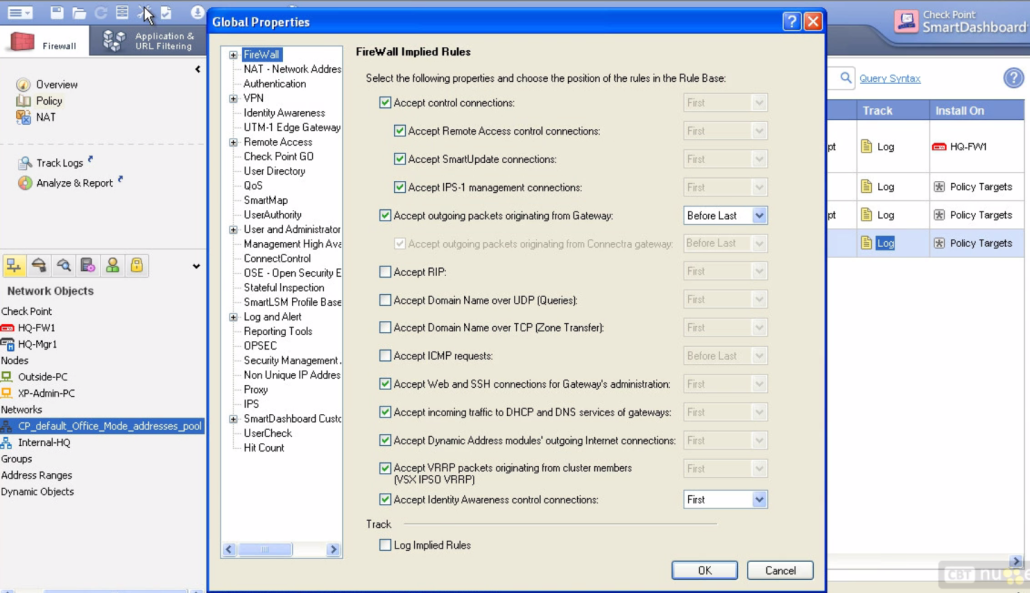 To see the implied rules you have to go to File – View – Implied rules. There are maaaany of them applied. Most are first and some before last. 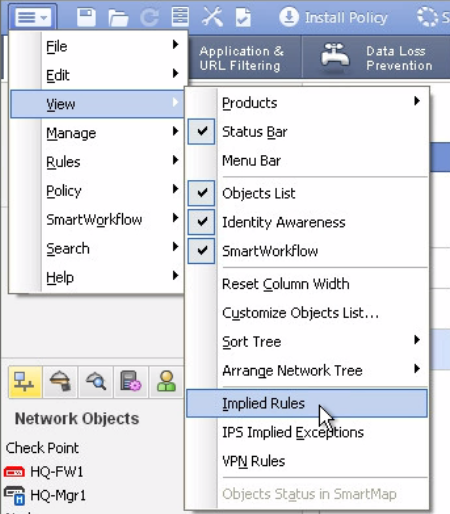 By default checkpoint FW implements a default policy and restrict for example ping to its IP address. If you pushed some policy and you are now not able to connect to FW or you are not able to manage the FW via mgmt server you have to console it and access the CLI. Then you update the policy in mgmt server and fetch it via cli in the physical FW.

The basic commands are:

When you installing the policy you can go to advanced and create a snapshot of whole database. It is the create database version checkbox. Then you just click OK to install the policy and you can see the actual status. Below in the main screen is the link for Policy installation status where you can see what was installed and when. 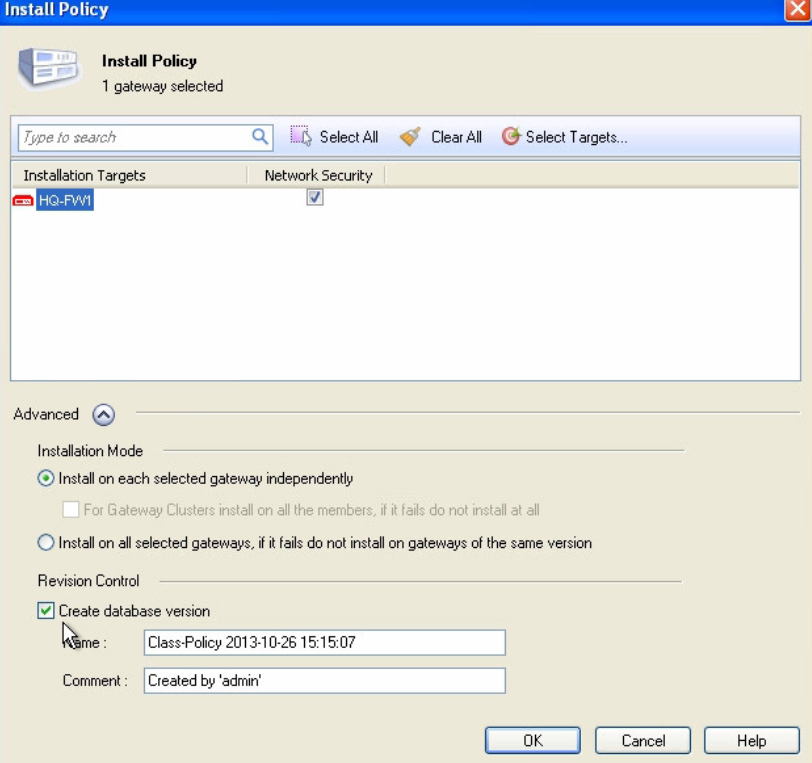